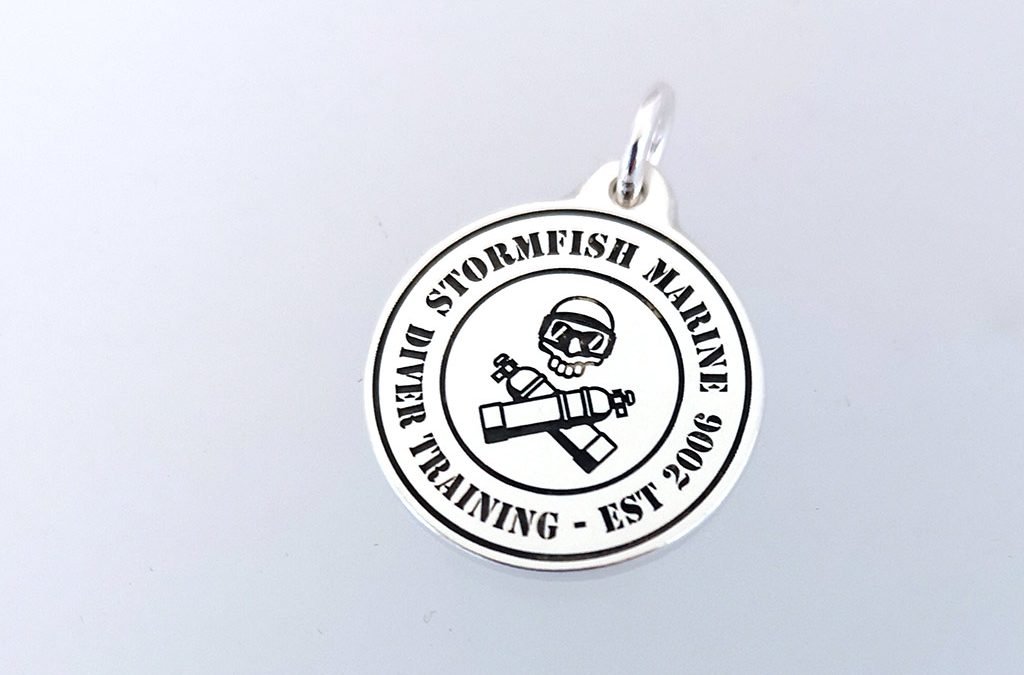 This was an interesting pendant design in that my client wanted the company logo engraved onto a silver disc. StormFishMarine are specialists in scuba-diving training and have a jolly Roger style of emblem.

The logo supplied was a pixel-based image whereas we needed a vector format (mathematical lines rather than pixels).

To get a vector, we had to redraw the logo. The tricky bit here was deciding on which of the grey areas was to become white or black. The shading on the dive tanks was simplified as well.

We then simplied it so that the teeth were visible and thickened up the lines so that the pendant still showed a clear design despite the small size of 20mm.

These tweaks take time to do and sometimes can be hard to include when estimating a job. Then completed design was on Sterling Silver and had a fixed loop and jump ring which was large enough for a variety of chains or thongs.