The brief for this was to create a pendant using a broken jade bracelet to make a pendant for an upcoming wedding. The jade had been in their family for a long time and they wanted it to be incorporated into something wearable, in sterling silver.

The fact that the jade was fragile, and that it had sentimental value, meant that everything was done delicately.

This was a tricky one and I spent many hours drawing and re-drawing concepts for this. Of course, once you get to make it, you then have to figure how it all fits together in 3D!

Some metal mockups were made, refined, reworked and redone until I was eventually happy with it, and commenced the final build.

The jade had to be protected while the pendant was being worn so I created a semi-tubed sweep of silver for it to sit within. This nestled between two layers of silver, forming a box which I then added a back to. The front and back plates are fastened with spacers and rivets. The jade, having a curve, is held in place with tabs formed inwards at each end to stop it from moving one way or the other.

The finished pendant is a large one, and I’m awaiting feedback on whether this needs to be trimmed down a bit. A bold piece like this unusual due to the sheer size of it. There are some pieces that take a lot longer to make than you can envisage, and this was certainly one of them, but the final result is striking.

It is worn on a silver snake chain. 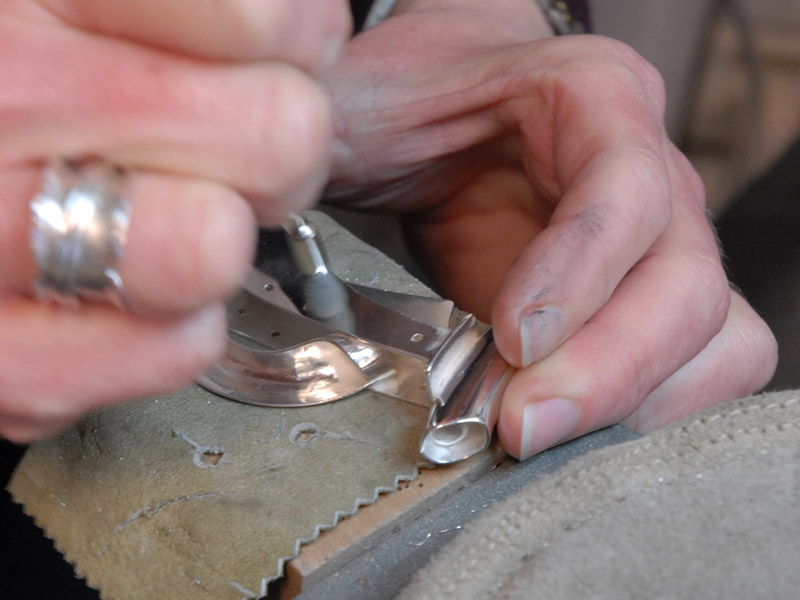 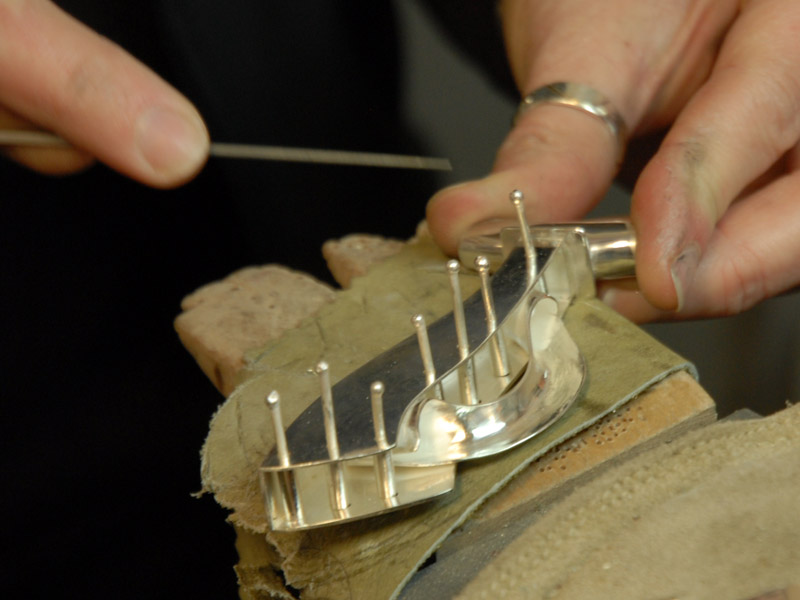 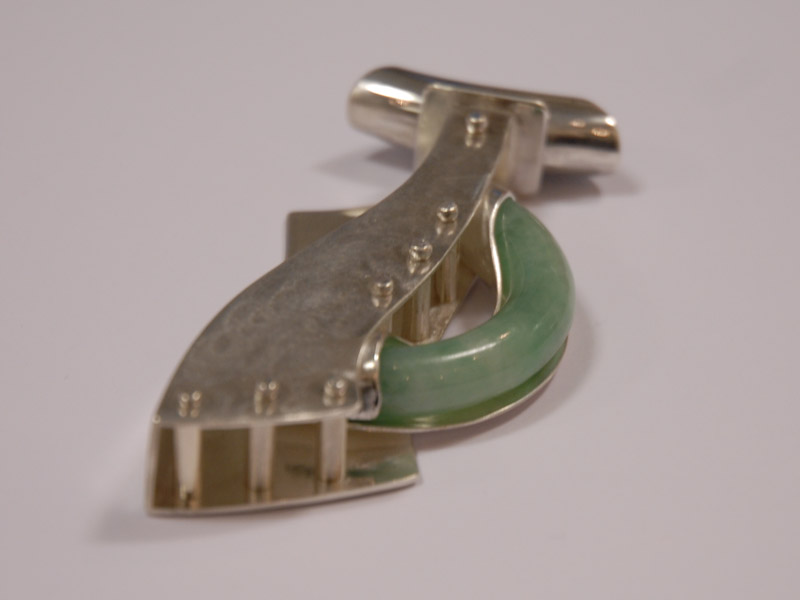 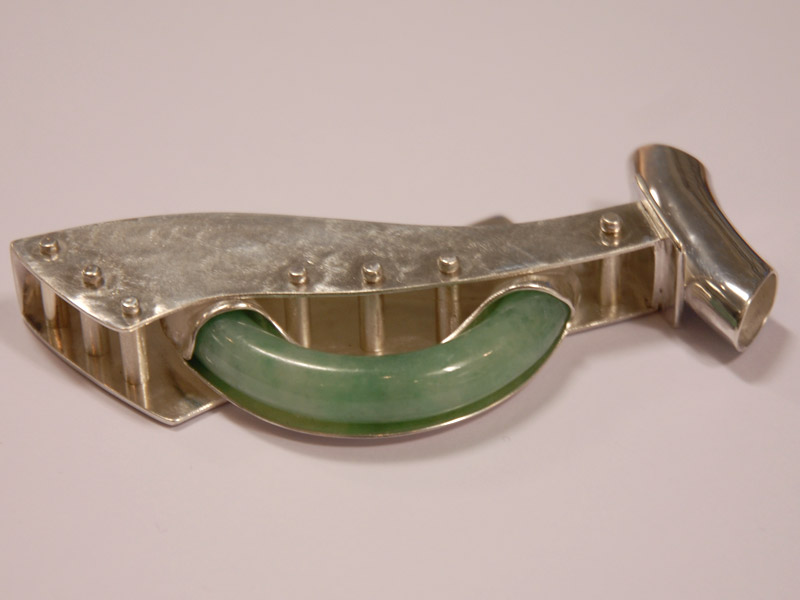